This one was about dental work...very interesting but probably not for everyone, but it did give me an opportunity to check out some of the neighborhood.


The roads here are a spaghetti mess so they're taking some time for me to learn, but that does mean that there's little though traffic and not much opportunity to get up speed driving. It really is a quiet little neighborhood. Unlike an HOA, it looks like people live around here. It's not junky but people work on their cars in the yard and the lawns are not homogeneous and manicured. I think I'll like these people.


A short walk from our house, on the street we have been using to get home, is a park that has Little Dry Creek (which I have never seen dry, and is named after the Little that Littleton is named after, not because it is necessarily smaller than Dry Creek) flowing through it. It provides a convenient corridor to the major road that forms the eastern boundary of the neighborhood. 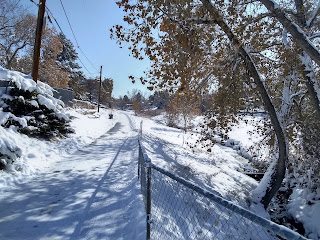 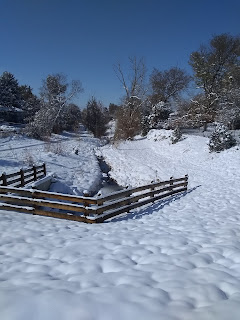 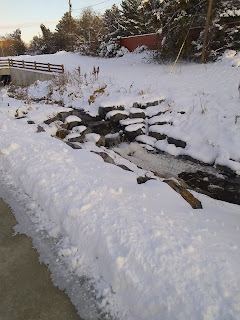 
Part of the South Suburban Parks and Recreation trail system, this trail links up with an extensive network of walking, biking, and connector trails. The trails in the Denver area are intended to be an alternative to vehicular traffic.


This is the second snow of Autumn 2019 and the combination of snow, traffic, and mountains is pretty much iconic for Denver. 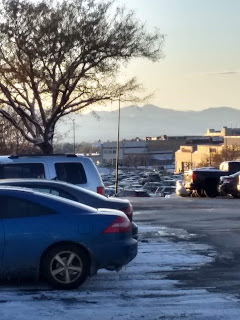 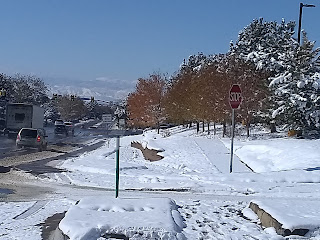 
I caught the RTD light rail from the Dry Creek Station, about a mile and a half walk from my house, but on the return trip I checked out the Arapahoe Station which seems closer. I'm sure I'll have photos of that in later articles. 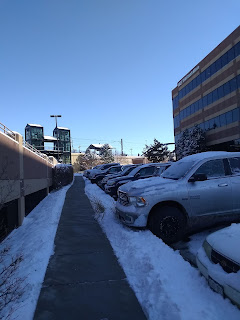 
I'll be recuperating from our move for the rest of the week but will start my morning doctor-prescribed walks next week with excursions around the corners of our neighborhood. Hopefully I'll find interesting things to post.


Relocations are irritating and exhausting but, for the adventurer, they mean new environments and opportunities for chance to take you into new territories. If you just have to relocate, take advantage of your new surroundings. New is good.
Posted by Wolf VanZandt at 4:38 PM