I had a side trip to make to the library, so I took a bus from Colorado and Amherst to Colorado Center Station. That gave me the opportunity of talking to a long time residence of Denver who could remember when South Denver was semi-rural. He lamented the changes. For instance, he remembered when the area where I-25 and the light rail currently runs west from Denver University to Broadway, used to be called "The Narrows". I can see why from the topography. I can't find a major stream in the area, but there does seem to be a depression in the valley wall there.

Colorado Center is a large group of shops and office buildings on Colorado Boulevard and I-25. Here's a shot from the station. 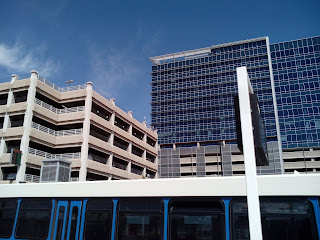 Colorado Center Station almost turns into a subway here, but it's still open to the sky. Many of Denvers light rail stations are near restaurants and other points of interest and have elevators to make them more accessible. 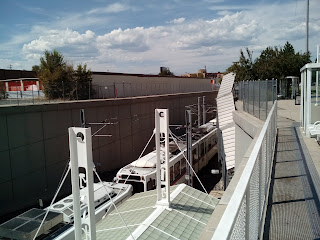 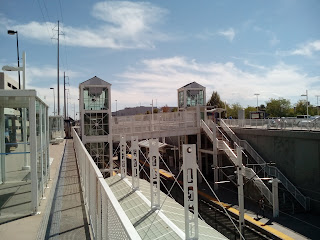 But my destination, this time was Alameda Station. It has a view of one of the examples of Denver's love of the arts. There are many murals around town and this one is popular.  It was being painted while I was training for a job at a place further down Alameda, and I could watch some of the work. 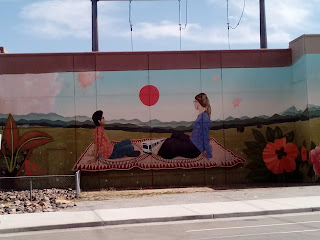 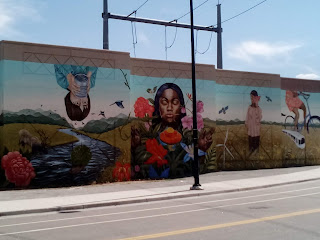 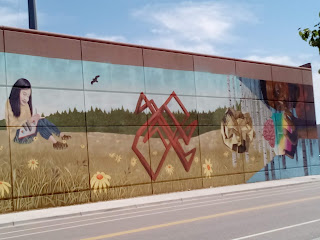 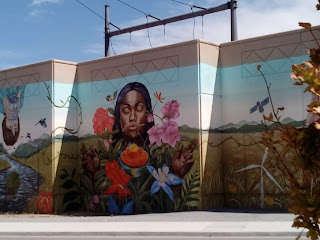 Alameda Station is one of the four hubs  (the others being Broadway, Osage Street, and Auraria West) where most of the light rail lines meet. It also has the White Whale Room where I stopped for a cup of handcrafted (it was that good) chai. The man behind the counter was friendly so I had to ask him about the name. There couldn't be a whale within 2000 miles of Denver.

He said that he suggested that it meant that they were obsessed with coffee and cocktails (their raison d'etre - did you catch the literary refernce, there?) but he admitted that it referred to the trains that ran just outside. They do look sorta like white whales. 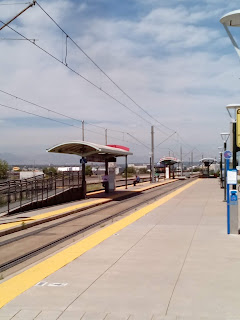 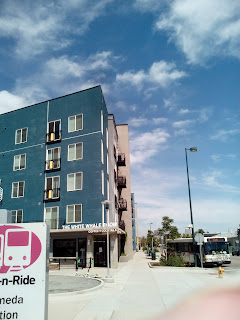 After a well received rest, I wandered down toward Alameda Avenue past apartments called "The Denizen". I took notice because that's what I call Vincent when he's being rambunctous. 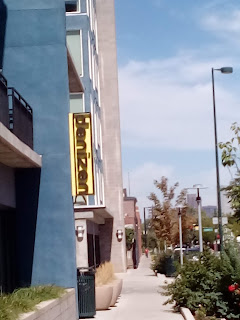 Another thing caught my eye - a large building on Alameda that reminded me of a Spanish mission. I had to check it out. I found that it was a place called the "Byers School". 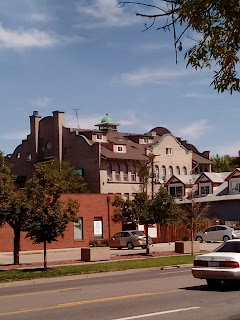 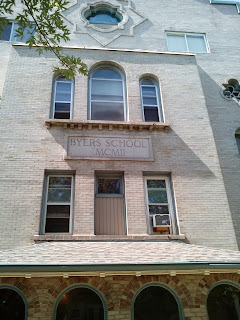 The Byers School was an small elementary school that was closed in the 1970s and was left vacant until, in 1982, it was renovated and turned into condomeniums. Still and impressive building, though.

Along Alameda, on the way down to the South Platte is this mural. I didn't notice the camper at the time. I would have stopped and talked to him. I cut him out so as to not risk identification. 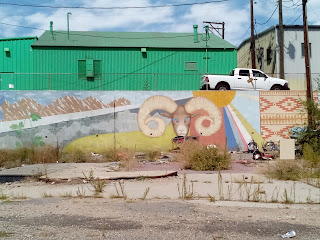 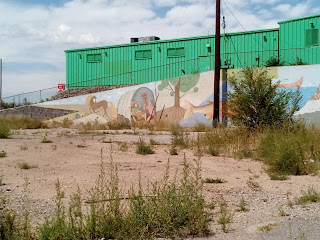 This is not a terribly pretty stretch of the South Platte - mostly shop and industrial areas, but there are some interesting points. 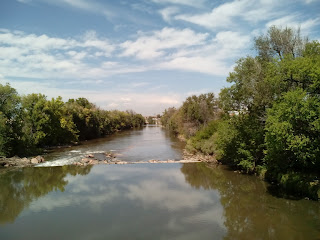 I noticed this denizen under an underpass on the Platte River Trail. I have no idea what it is but it was interesting, so I took its picture. 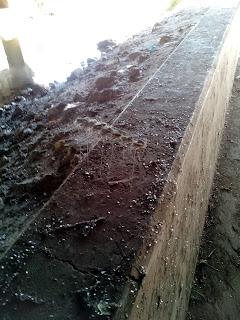 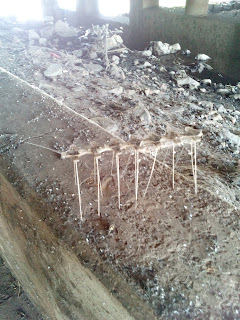 Johnson Habitat Park is a dump-turned-recreational-park between Alameda and Broadway. I wouldn't swim there but it's not nearly as dirty as, say, Bear Creek. In fact, it is a vegetative swale - a plot of land planted so as to filter runoff water before entering the river. There are several educational plaques and exhibits along the trail such as the following explaining the park and giving some information about the river itself. The Colorado state tree. the blue spruce, and the state grass, the blue grama, are displayed there. 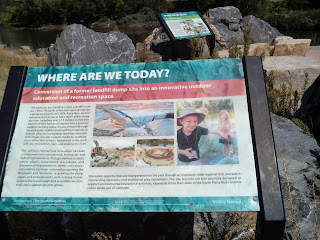 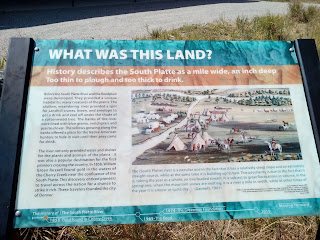 This whole area of the Greenway, between Evans and Alameda is obviously intended to be instructive and is a nice hike for the budding naturalist.

Back at Mississippi Avenue, I stopped in at the Breakfast King for a bite. This place is like an old fashion city cafe with a huge menu  (remember Alice?). The waitresses all deserve their tips - really nice people. The food is tastey - especially the breakfast food.

Thoroughly worn out and hot (summer isn't quite ready to give up, yet.), I took the H Line back to University and boarded a bus for home.

Murals are legitimate works of art and often have a lot to say about local culture. Does your area have any murals on display? What do they say about your home?

Often parks are planted to reflect local habitats. How about the parks in your area?

Posted by Wolf VanZandt at 2:27 PM