I've focused on religion and social sciences during 2018. The physically disastrous end of the previous year left me drained and I haven't regained my endurance completely, but I haven't let it slow me down too much. I haven't made any particularly long hikes but I did, for instance, make it out to Strontia Reservoir, around 13 miles round trip. And I made my second near 1000 foot ascent without much pain. Then I capped off the year with the 1400+ foot ascent of Lookout Mountain in Golden.

There were some big gains during the year. Most outstanding was my gain of a son by adoption and the addition to our extended family of an exceptional little canine. I learned something about family law.

I'm not done with the social sciences. I plan to continue explorations of the local community through next year. That will mesh nicely with one of my planned topics - language. I will be making a (last?) attempt to learn Spanish using MIT's Spanish courses as a core curriculum. It's not the first language that I've added on. I learned German and American Sign Language in college and, although I've lost the ability to converse in either, I can still read German with some difficulty. Perhaps I will polish those languages once I get to where I can talk with my Spanish speaking neighbors.

I will also be playing around with mathematics. That doesn't seem like much of a field subject but, in fact, there is a lot of math in my future. Mathematics is a primary language of sciences and 2020 I will embark on a hands-on exploration of hard sciences beginning with astronomy and physics.

I've already made use of mathematics, for instance, in my study of smiling on the trail. In the coming months, I will be developing trail mathematics and measurement techniques in earnest. For instance, I plan to use surveying skills to determine how tall that huge monolith at Red Rocks is using only primitive tools and trigonometry. 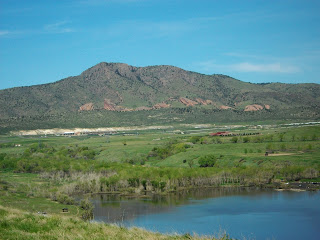 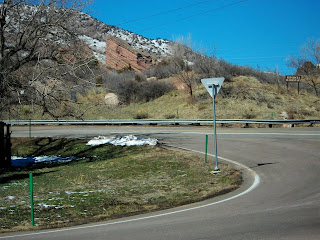 I have some larger scale hikes planned. This year the station-to-station hikes have been on the order of less than 10 kilometers. Next year, I plan to check out the ends of the lines (there are 11 destinations). I have already explored the area around Mineral station - Chatfield Lake, Waterton Canyon, and the Mineral to Littleton section of the Platte River Trail - and Golden Station, with my hike up Lookout Mountain. That leaves nine more.

I also plan to hike the Highline Canal Trail in four sections, one for each season. These will be 20 mile lengths but I will start at the beginning (Waterton Canyon) and, since the canal runs on gravity, it will all be down hill.