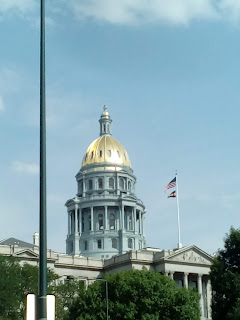 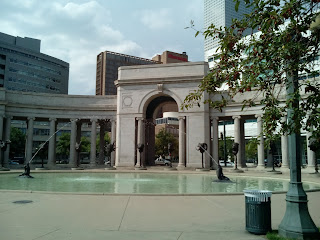 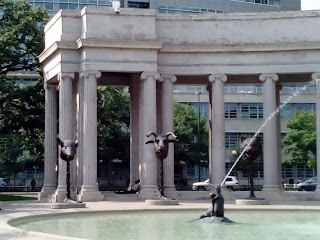 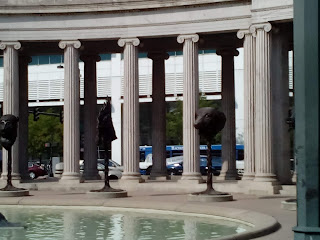 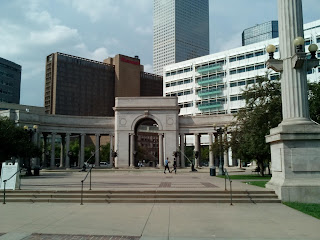 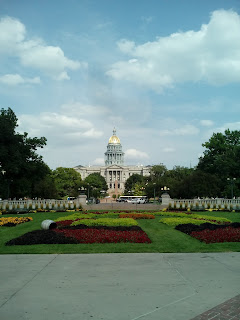 [The Capital from the memorial] 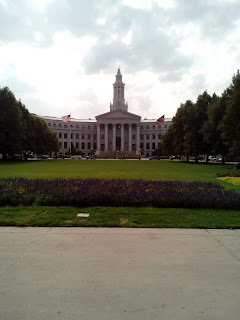 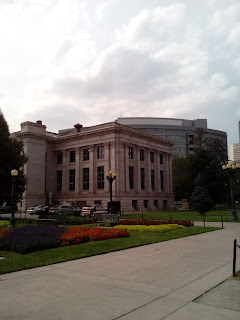 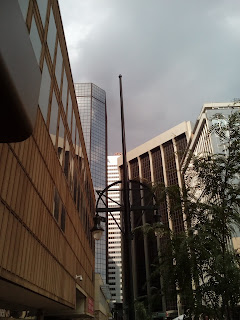 [The McNichols Building and Downtown Denver] 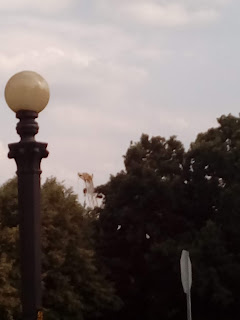 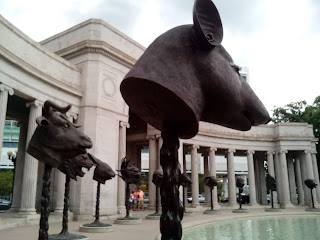 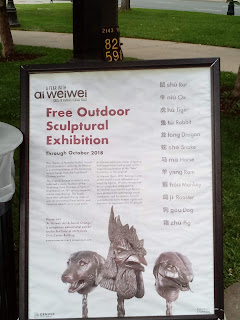 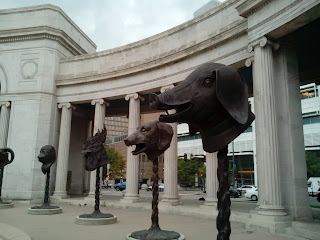 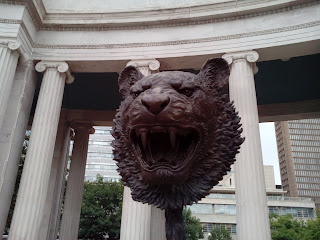 August 14, I took a couple of buses downtown to the Civic Center Park and the McNichols Building to attend a town meeting on "Group Living". Denver city government is looking for ways to update the current zoning laws to allow for innovative living arrangements that might reduce homelessness and provide for special needs groups.

The trip was great. Civic Center Park is beautiful. The day was great.I made one serious miscalculation. I left the bus intending to return to the other side of the street to go back home. It was a one way street and I had not checked to see where the bus stop for the return home was. So, when the town meeting was over, I had to track down a train to carry me back, at night.

Actually, it was fun. I know enough about the transportation system to be able to guess where all the buses and trains go. I got to talk to some people - so many homeless! so many street people!

I got to see more of the "dark underbelly" of Denver. Every city has one. It's inherent in cities - that dangerous layer lying just under the peaceful, beautiful exterior that most people see.

I hear contemporaries bemoan the time they remember when "everyone could just leave their doors unlocked," and I think "Yeah. Everyone except for Black people in the South, Native Americans in the West, people of Asian extraction during World War II and after, poor people everywhere." I remember those times.

You have to live in a city awhile and pay attention before you start catching hints of the violence and misery. It's easy to ignore if it's not happening to you.

I grew up in LaGrange, Georgia and Valley, Alabama. I was 10 years old when we moved to Valley and I moved away to go to college. It was a nice little mill village. It was a shock when a mayor was killed by a secret lover. I knew about moonshiners from my childhood but I later learned of the connections between Valley and Phenix City (Sin City in the 40s and 50s, a place of organized crime). There were stories of unsolved murders, street rowdies (Street gangs were not known back then), and "freelance" Satanic covens (the organized movements don't sacrifice neighbors pets - these were local kid, embittered by poverty, watched by the local police, and aiming to be bad.) There was plenty to titillate the seeker that wanted to sample the "dark underbelly."

I lived in Selma for 20 years and was a founding member of the Citizens Against Violence. The core of the group were several mothers who had lost sons to violent crime. We had a dual street lamp installed in front of the city office building. It had a white light that was lit when there had not been a murder for a  month, When there was a murder, the purple light went on. The purple light was off once for a whole year, then it never went off the rest of the time I was there. I read that they only turn it on for the day a murder is committed now. I guess that looks better. Selma is a town of only about 19,000 people.

Denver is a beautiful city on the Great Plains at the foot of the Rocky Mountains. It is a town that draws much tourism.

Cities were established to increase the security of their inhabitants and to organize human activities more effectively. What nobody seemed to foresee is that, as people relegated their security more and more to new technologies rather than their neighbors, their neighbors lost value. It was a progressive illness but, where once people were more important than things , and relationships were more important than possessions; more and more other people are now only important for how they can help get things, and relationships are often thrown aside completely at the most trivial occasions.

This year my avowed brother and I did some volunteer work for a political campaign in the Cap Hill residential area of Denver. One thing that struck us was the large number of vacant dwellings in the area, dwellings that did not look like they had been lived in for some time. In contrast were the number of homeless that were wondering the streets of that area and nearby. Why were there so many empty residences and so many homeless residents?

There has currently been a petition circulating here to call for the addition of a "Denver Right to Survive" item on the next ballot. Currently, under the Unauthorized Camping Ban, it is illegal to "use any form of protection from the elements other than your clothing."

To give Denver city government it's due, there are services for homeless people. The problem is that the social services landscape in the area is complex and very difficult to navigate. When you are on the street, it is very hard to connect with needed services. It's hard to obtain needed employment. It's hard to do anything more than survive.

And Denver is trying to find solutions to the housing crisis, thus the town meeting at the McNichols building. It was exploring possibilities with local residents - possibilities like tiny home communities, single occupancy dwellings, artist communities, dwelling options for elderly members of the community, halfway houses and other community correction options. I was happy to see the city government actively working on the problem, but through it all ran the plea, "Don't do anything to lower property values."

I have come to the conclusion that property values are inimical to human life.

There is a "dark underbelly" of your community. Don't poke around there too much - it's dangerous, but I would bet that older people in your community have stories they could tell. Many older people like to tell stories and many of them are in possession of some very obscure knowledge.