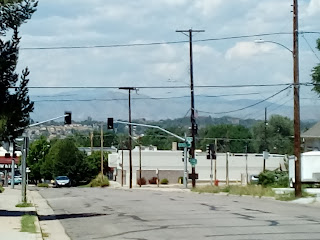 The Rockies from my new neighborhood 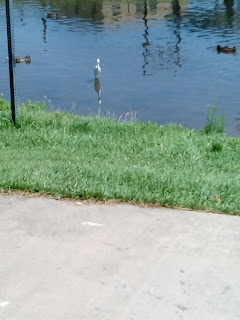 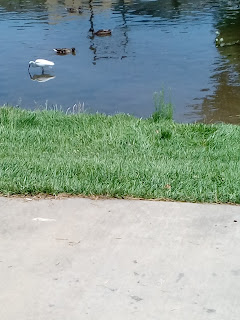 Part of my adventures since moving to Denver has been learning to get around. I won't say that it was my plan to get rid of my van and become a pedestrian - it pretty much just happened, but, most of the time I don't regret it.

The Dewey Decimal System includes transportation and communication in the social sciences for a reason. They are a major part of society. They are a large part of how people interact because they bring people together. Sometimes they bring people together too effectively because it has become so easy that folks take it for granted and when the technology fails them, they are often left floundering.

But I've really enjoyed learning the transportation system around here.

I didn't own a car until I was 27. Where I lived (Auburn University), I could walk anywhere I wanted to go and I enjoyed walking, but when I started picking up responsibilities all over the map, the car became useful.

When I moved to Denver, I couldn't get the resources I needed to get  my van registered. Emission testing is a big thing in Denver and I certainly recognize why. They've had a lot of problems with pollution. Most of that is in the past now because of things like emission testing. Good for them, no so good for me. But, I repeat, I like walking and Denver is a great place to walk.

But walking limits me to as far as my feet can carry me and only the distance they can carry me in a day. There's a lot more of Denver than that, so when we moved to South Harvey Park, I decided to learn to use the RTD (Regional Transportation District) buses and trains. My first bus trip was a long one from home to my eye doctor in Broomfield and back for a postoperative examination after one of my cataract surgeries. It went of well and day pass books aren't too expensive, so I made it a regular part of my travels.

I also noticed that there were inexpensive charter buses to places in the mountains like Black Hawk and Central City.

Throw in the light rail and most of my transportation problems were solved. Now, I know how to get just about anywhere I want to go. If I need to take a trip across the country, I can rent a car.

There's a bus stop right in front of the new place and I can easily walk to the nearest light rail station. The bus that runs in front of the house makes a beeline to City Park and the zoo and Museum of Nature and Science.

From Harvey Park, my trip to the "big Walmart" was either a day long trek up Bear Creek and South Platte River Trail to Dartmouth Avenue, across the river and up the valley in back of the Walmart; or it involved walking to River Point shopping area along Bear Creek and through the shopping center to Oxford Station. From there, I took a train to Englewood Station and walked the rest of the way (a short walk from there) to Walmart). This was a monthly practice.

It's a fair distance from where I live now to the same store but I decided to try it out the other day and was pleasantly surprised. It's all downhill and the walk is nice without a lot of street traffic. There are some nice parks and the walk ends in a shopping area with the post office, some favorite store, my favorite restaurant (The Beirut Grill), and the light rail station.

I used this trip to learn to use Lyft, a phone based taxi service operated by people who work for themselves and use their own vehicles. The process went off without a glitch, it was easy and inexpensive, and I learned another link in the local transportation system.

But now, I'll have to see what it's like for the second leg of the walk - that one is all uphill!

Posted by Wolf VanZandt at 8:17 PM