I'm a psychologist. That is to say that I went to Auburn University in Alabama and obtained a Bachelor of Arts degree in Psychology and went on to their graduate school for training in rehabilitation and special education. Then I worked as a rehabilitation specialist at the Easter Seals West Central Alabama Rehabilitation Center in Selma, Alabama. So I was a professional psychologist instead of a researcher.

I actually started my studies in the School of Pharmacy. The five year curriculum seemed to be the best way to pick up a strong physiological background and I was fascinated by the brain. I was playing around with the idea of being a researcher but a three quarter series of pharmaceutical chemistry which required a massive amount of memory work was straining my grade point average to the point that, if I wanted to switch to psychology (I originally intended getting a double major), I would need to do it before graduating from the School of Pharmacy.

I entered psychology at a time when behaviorism was at it's height of popularity - but not with me. I pretty much despised the mechanistic view of the human mind. It reduced the richness of the mind to a few reinforcement schedules and what I loved about psychology was the universe embedded in the mind. The other school of thought that was popular at Auburn was personality psychology, which interested me a little more, but that wasn't quite my thing either. Integrative psychology, the holistic view that all the approaches to mind had their places in psychology, had not become a thing yet. A smaller group at Auburn was working with social psychology, and that seemed to be the closest match to what I wanted, so I went that route, focusing on social and industrial psychology.

I entered college in 1971 and I exited in 1991. About ten of those years were taken up by studies. The rest....I worked. My parents would have paid for the whole thing had they the money. I'm glad they didn't. I had a wide variety of jobs and, for an adventurer, that's just icing on the cake. I was not just an academic; I was also a mill hand, a security guard, a laboratory assistant (more than once), a media director, a cow poke, a camp counselor in a camp for people with disabilities, and a Gulf of Mexico lay welder helper. I'm pretty sure I left out something....oh, yeah, I was a life model for art classes. Plenty of grist there for this blog...

About a month after graduation, I was in a local choir for an Easter sunrise service on a foggy morning at the Riverview golf course. I felt a little off when we were through, so I figured I would go home, take a nap, get up, and go to church. I figured wrong.

I had caught a stomach virus and, in fighting it off, my body triggered off an overblown immune response that attacked my knees and put me out of operation from April until September.

During that down time, I received a letter from Auburn inviting me to interview for graduate school in the School of Rehabilitation and Special Education at Auburn. I took them upon it. It was the closest I would get to integrative psychology in the 80s. That was a six quarter program so it didn't tie me up too long and it gave me the best reference I could have had - camp counselor at ASCCA, the Alabama Special Camp for Children and Adults, a "summer camp" for people with disabilities.

During my interview at Auburn, the head professor intimated that they had a high droop out rate at the end of the program. That seemed strange. Why would a person go through such a grueling program just to drop out at the end? But I didn't wonder enough to ask and spent the next year and a half in graduate school, a counseling practicum, and internship at Warm Springs, Georgia, which was a great experience.

As always, I had to declare areas of specialization. I decided to focus on vocational evaluation and research.

I found out at Warm Springs that having an IQ of 60 does not make a person socially inept. I was doing an intake on a personable young lady when I noticed that her IQ was reported as 60. Afterward, I carried the report to the behavior specialist, who was also a psychometrist, and said, "this can't be right." She looked and agreed, so she retested the client and found that, sure enough, the client's IQ was unwaveringly 60. That taught me how important early social experience was to people with developmental problems.

I was supposed to perform part of my research at Warm Springs, but I couldn't contact my research committee chairperson and, by the time I got the go ahead, I no longer was at Warm Springs, I had lost my study population, and I had to design a new study. But my studies were finished and I no longer had access to the computer support I needed to finish my study, and I learned why people dropped out of the program at the end.

Luckily, I got everything I needed - the information, the training, the reputation, and the job I wanted. The first place I applied to for a vocational evaluator job was in Selma. I didn't get it that time but, of all the places I applied over the next couple of year in Georgia and Alabama, Selma was my favorite and, then they lost their evaluator, the position opened up and the Program Manager, who had been a  student with me in graduate school, remembered me and I was in.

While I was at ASCAA, I was cured of my hatred of behaviorism. I found that it did have it's place. I got to try out some of the behavior modification techniques with some of the clients with problem behaviors and they worked like magic. So the last psychological system I was willing to turn to fell into place and I completed my psychological jigsaw puzzle.

My professional practice ended up placing me into just about every phase of vocational rehabilitation, including computer maintenance and cleaning the bathrooms, and, since professionals in the public sector are expected to be involved in their communities, I was active in a very broad range of work from Boy Scouts to the local Departments of Human Resources and Mental Health, helping found organizations like the Citizens Against Violence and the local Christian Motorcyclists Association and helping people connect to resources they needed to get their lives going again.

While in Selma, I was working with another counselor to find a therapeutic method that would be effective for helping people with personality disorders solve personal problems. My interactions with Therians helped a lot. A major tenant in psychology and an explanation of why all the various forms of therapy work pretty much as well with most people is, "we are more alike than we are different." Most people function pretty much the same in most therapeutic situations. People with personality disorders and Therians are exceptional in that aspect.

Most forms of psychotherapy are games played by the therapists and their patients to help find effective solutions to their life problems, where past solutions had failed. In most cases, that works, but the highly empathic Weres and people with personality disorders see through the games quickly, usually resent the game playing, and start plying head games with the therapists, eliminating any beneficial effects from the therapeutic relationship.

I worked toward a more direct problem solving process and found it effective in many of the intractable cases we were working with.

And, finally, I am gratified to see that many schools are offering training in integrative psychology. My practice is over; I retired in 2013, but I am still interested in tracking the further development of the science of psychology and the mind still fascinates me. 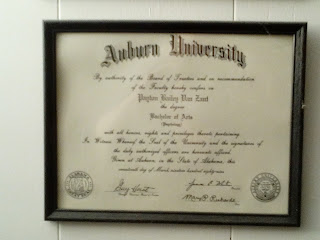