Eight of us camped at the South Meadows Campgrounds west of Pike's Peak - five miles north of Woodland Park, Colorado at 8000 feet elevation in a stand of Ponderosa Pines. It is a developed campground with water, bathroom facilities and a friendly camp host, just fine for kicking back around the campfire and telling stories, which is a major activity for us.

There are three developed campgrounds in the area - South Meadows, Painted Rocks, and Manitou Lake - and two group campgrounds - Red Rocks and Pike Community, all managed by the Pike and San Isabel National Forests and Cimarron and Comanche National Grasslands.

In the middle of the Rocky Mountains, this region is surprisingly non-mountainous in appearance. There are several named mountains in sight, notably Pikes Peak, the second highest mountain in the Front Range, and Mount Deception. But South Meadows, and the other nearby campgrounds are in a ... well, meadow.

Mountain meadows aren't new to me. They're back east in the Appalachians, too. Subalpine meadows are fairly common in mountain systems as relatively flat area just below the tree line.

South Meadows is connected to the other nearby campgrounds, Manitou Lake, and Trout Creek by the 4.2 mile Centennial Trail. There is an abundance of wildflowers and wildlife. We only saw some of the smaller denizens - chipmunks, black and brown squirrels, wrens, hummingbirds, stellar jays, and hawks, but I'm sure larger animals wonder in occasionally. It's probably too active for bear.

There is still a good bit of light pollution here but the sky watching is better than where I live in Denver.

Here are some photos. 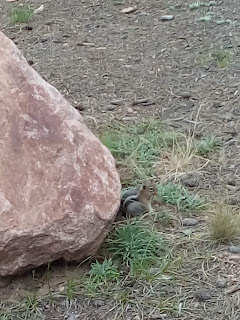 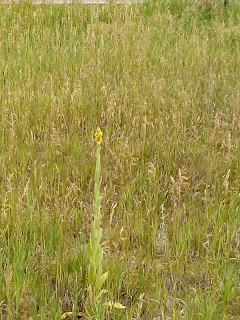 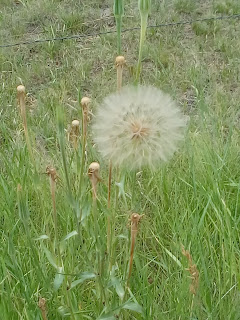 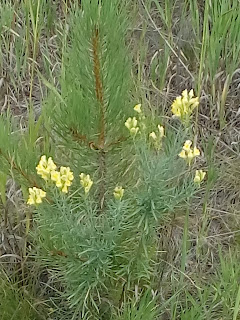 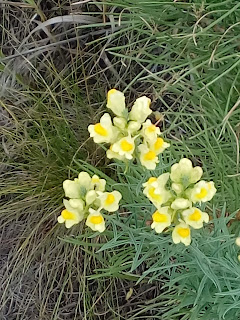 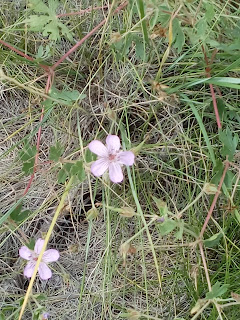 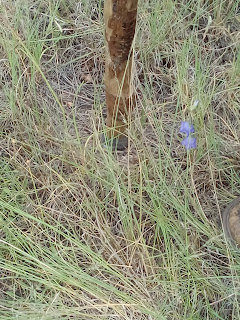 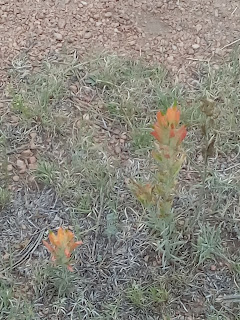 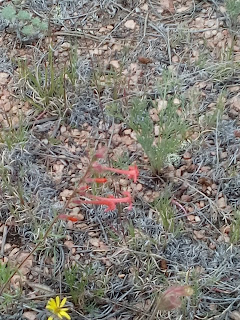 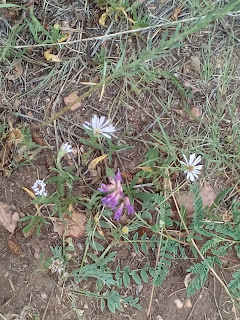 [Penstemon and white asters - I think] 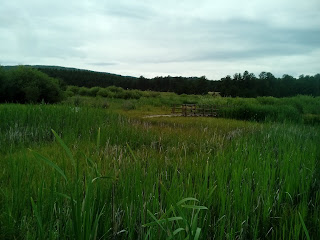 [The marsh at Manitou Lake] 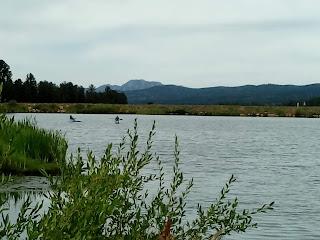 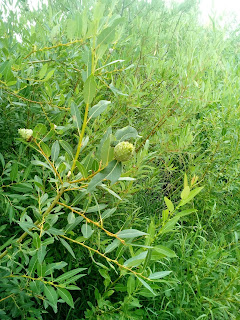 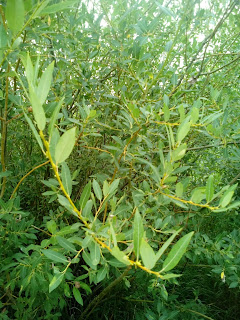 [Some kind of willow?] 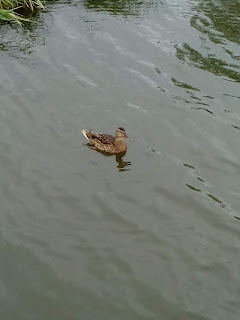 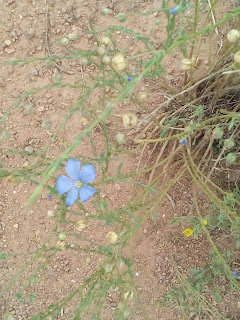 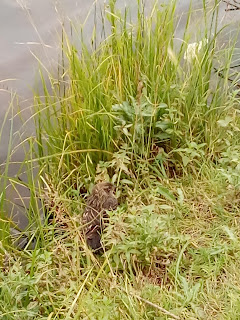 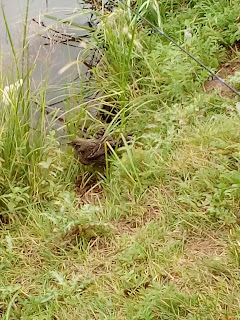 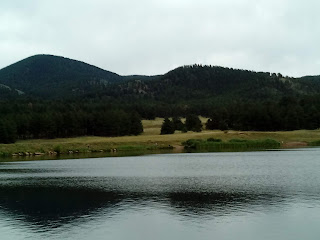 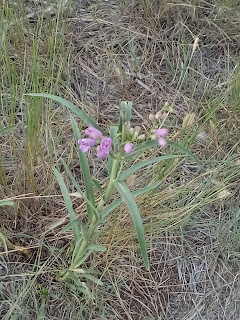 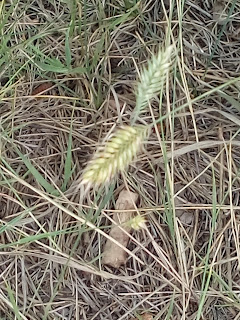 [Grass]
There is a great variety of grasses in Denver and I don't have a good identification guide yet so I don't know what this is. 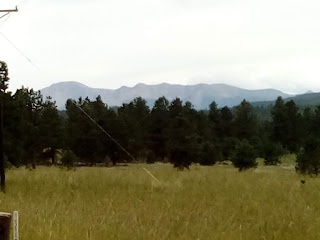 Note: My first go-to for wildflower identification here in Colorado is: