Good morning America how are you?
Don't you know me I'm your native son
I'm the train they call The City of New Orleans
I'll be gone five hundred miles when the day is done.

The song laments the demise of the passenger trains that were just beginning to disappear when I was a child. I was about 14 when I took the only train ride of my childhood. Our Sunday School class took a train from LaGrange, Georgia to West Point, Georgia.

Trains took more scenic routes than highways. The road beds were narrower so they could manage rougher terrain. The hilly country of central Georgia was entrancing with the constant rhythm of the rail.

Of course, train travel hasn't disappeared completely but it has shrunk to the rare entertainment or the urban commuter trains.

Trains are a common factor in big city life as more metropolises offer options to the jammed city traffic. I still appreciate the Denver trains as a pleasure.

The new B and G lines remind me strongly of the one train ride I took as a child. The big silvery commuter trains have the flavor of the old passenger trains.

The B line runs from Union Station to Westminster Station near Federal and Lowell Boulevards. I wouldn't call the route scenic, running through mostly industrial areas of North Denver, but the terminus is pretty offering a view of the Front Range of the Rockies between Golden and Boulder, including the Flatirons. 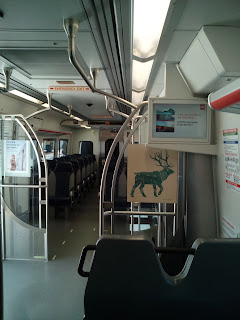 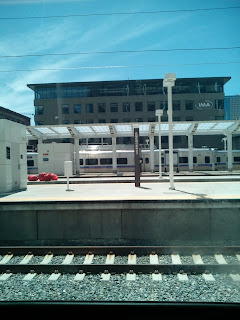 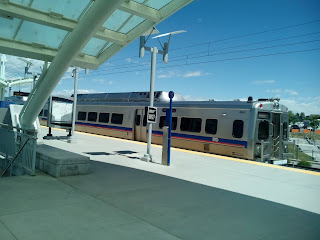 [The B Line commuter train at Union Station]

The Westminster Station park blends Little Dry Creek into an architecture of art and nature. The creek is well used as an element of the landscape, along with indigenous plants and wildlife.

How many "Dry Creeks" are there in the Denver area? There are Little and Big Dry Creeks in both Littleton and Westminster. I am surprised to find that the Little Dry Creek that runs through Englewood, down the hill from me, is the same Little Dry Creek in Littleton that I saw while on the Highline Canal Trail.

There are other Dry Creeks in Colorado. and many of them sport trails. The funny thing is, I've never seen one of these creeks actually dry. 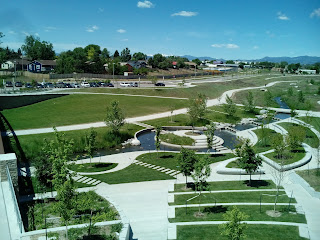 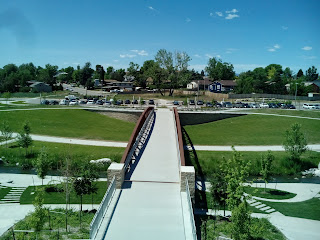 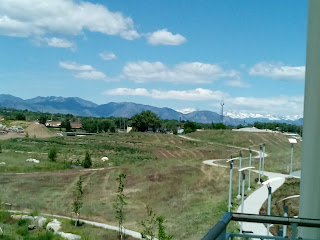 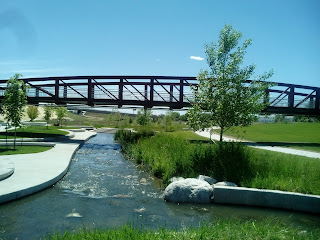 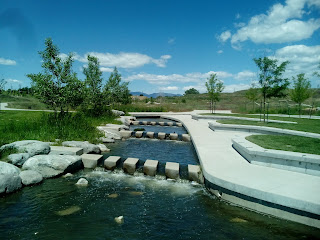 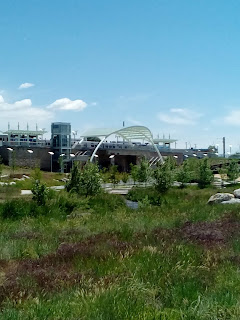 Westminster is a sprawling northern suburb of Denver. The land is high plains with mostly grasslands with most of the neighborhood trees being more the product of landscaping than nature. Dry Creek and Little Dry Creek in Westminster usually looks tame enough but in times of snow melt and heavy rain in the spring and fall, there is a danger of flooding and flood management is an issue here. About half the distance between Westminster Station and Sheridan Boulevard, the stream becomes a concrete conduit. 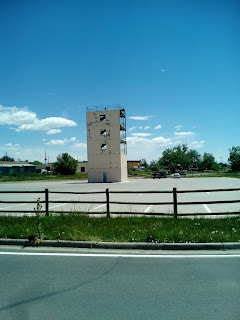 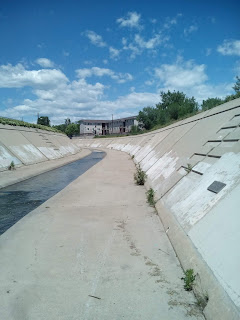 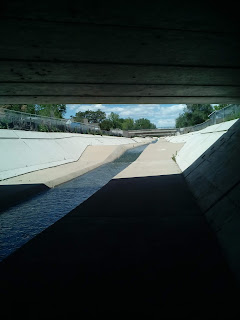 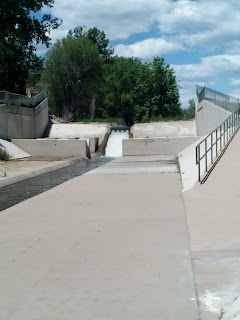 Westminster Station Park seems to be a surprisingly good area for birdwatching. The short time that I was walking through, I spotted a snowy egret, magpies, ducks, and a red winged blackbird. I wasn't out for birds so I didn't have the equipment to catch the blackbird on the wing with his brilliant red and yellow bars. 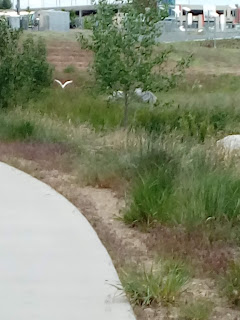 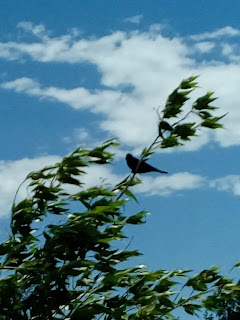 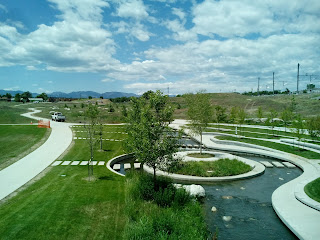 [Westminster Station Park with the Rockies in the background]

Actually, anywhere there's water in Denver is a good place to watch for water fowl. On the walk back from University Station, I crossed Harvard Gulch and saw these two ducks huddled on a rock. 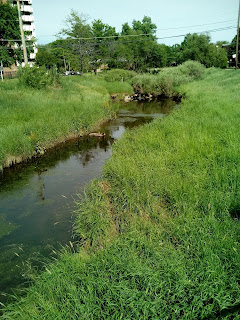 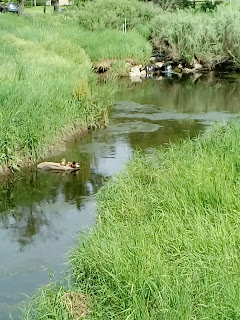 Train rides are special but train stops often have points of attraction that should not be missed.

Posted by Wolf VanZandt at 7:38 PM