My terminal hike last  month was my third trip to Downing Street Station. The first was also my first to the Denver Museum of Nature and Science. Unless you're down for a long walk, I wouldn't recommend that one.  The second was a group tour of Whittier neighborhood presented by the Ford-Warren Branch of the Denver Public Library and Chris Englert from Walk2Connect. It was an interesting tour highlighting Black history in Denver.

This walk was short, less than a mile from Downing Street Station back to 19th Street. The day was overcast but at least it was cool. 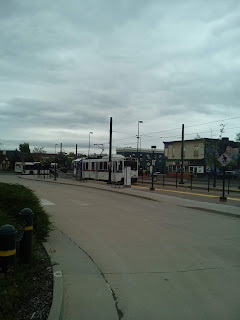 This part of Welton Street, known as Five Points, has also been called the Harlem of the West and is known for it's jazz culture. There wasn't a lot happening that morning. The little park had a few monuments to local history including this statue of Dr. Justina Ford "The Baby Doctor." 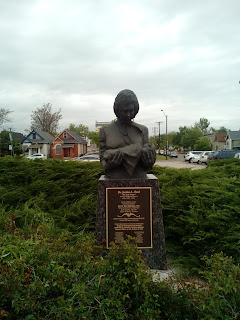 Doctor Ford (1871-1952) was Denver's first licensed African American, female doctor and she specialized in obstetrics and pediatrics for over 50 years.

Five Points, if I ignore the 40+ story buildings in the background, less than a mile away, reminds me of a little Southern town with its city street bounded by store fronts. 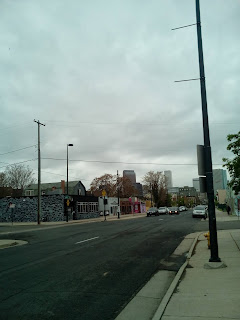 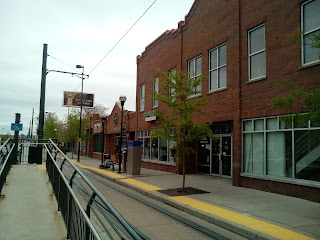 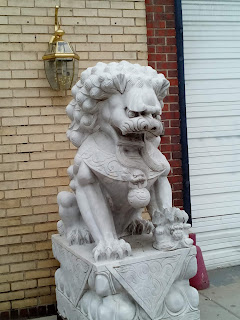 Selma, my home for 20 years, has a strong historic heritage including pioneer Alabama, the Civil War, the mystic Edgar Cayce, and Civil Rights. A walk around Selma was a walk through history. Your town has a historical legacy, too. Can you find it?
Posted by Wolf VanZandt at 10:30 PM