Oh, Mexico.
I never really been there so I don't really know

One thing that I enjoy about Denver is the great diversity of cultures here and, even better, those cultures are valued and conserved in ways that are accessible to outsiders like me.

Latin America is a diverse population of peoples in the Western Hemisphere who predominantly speak Romance languages such as Spanish, Portuguese, and French. As countries, most of South and Central America are included. The term "Hispanic" is somewhat narrower, emphasizing Spanish speaking peoples.

In Denver, there are large sections composed primarily of Hispanic residents, but those communities are also mixed and the blend usually forms unities that succeed as neighborhoods.

The trip actually started as many of my trips begin, a hike down to University station, and then a train ride to Alameda Station, where I took a familiar bus route west on Alameda to Knox Court. On leaving the bus, I was greeted by two Denver signatures: 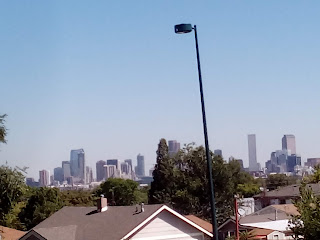 and a mural (of course). 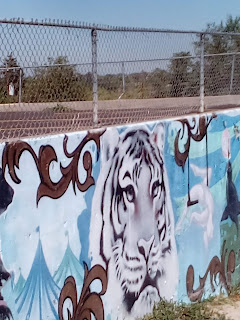 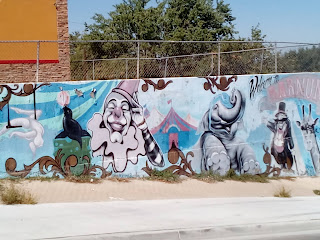 Not very Latin? Like I said, the neighborhoods in Denver mix to form distinctive, often surprising combinations. The neighborhood up Knox Court is very Latin. The flavor is vibrant. People are outside and the area is pleasantly noisy. 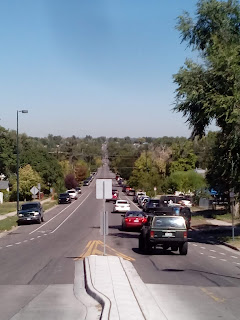 It's different from what I became used to in the South. In Selma, the Hispanic population pretty much stayed to themselves. Not once in the 20 years that I practiced in the area did I have a client from the significant Hispanic community there. They took care of their own. And they were surprised when I greeted them in town - cultures didn't mix much. Except, maybe, in the excellent Mexican restaurant, El Rancheros, on Broad Street.

Here, people are friendly and typically don't resent intrusion into their communities.

Here, there are many vegetable gardens in yards, lot of flowers, and the little row houses have brightly colored facades. The walk to the library is about three-quarters of a kilometer. On the way, I spot a small corner park (Cedar Park) that sports and elephant (again, the circus theme.) I get the idea that there's more to "Barnum" than just a name.) This little park was created by a local resident, April Crumley, and was recognized as a city park by the Denver city government on May 13, 1995. 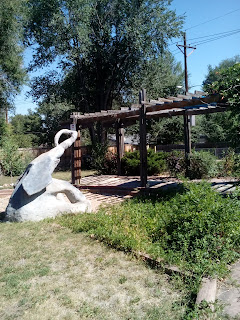 The Ross-Barnum Library is just a little off Knox Court on 1st Avenue. 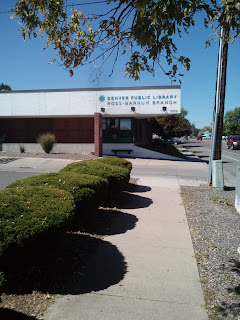 I have seen many community gardens in my wanderings around Denver.  The city encourages them. There are more than 170 DUG (Denver Urban Gardens) plots in Denver and a website to get you in on the action (https://dug.org). The one in the Barnum neighborhood isn't the largest I've seen (I think that goes to the one in Rosedale) but it's pretty big. Aspiring gardeners could do much worse than to visit these plots for inspiration and learning. 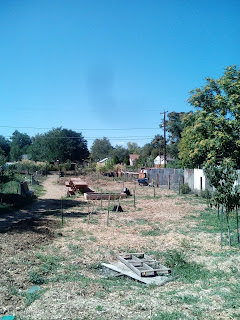 We walked north to Barnum park, which has one of those gulches that aren't gulches that I've talked about and one of the best views of the Denver skyline. 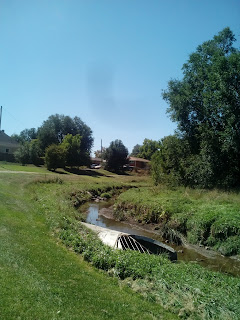 We met this denizen of the area along Weir Gulch 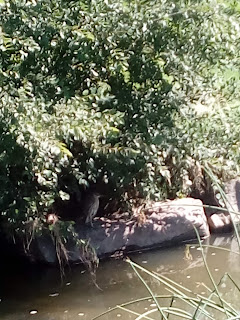 Again, the circus theme in the park playground... 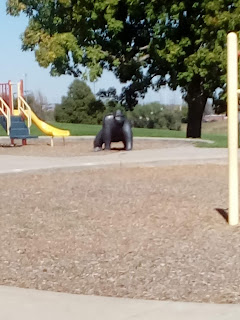 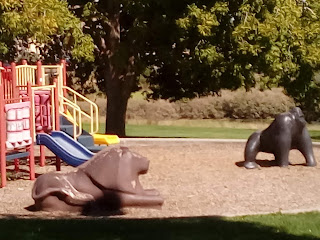 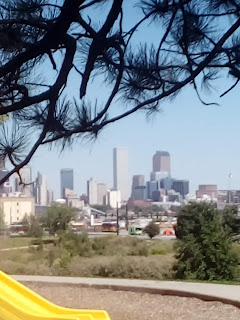 Back in 1978, P.T. Barnum bought some land in this area and made some noise about making it the winter home for his circus. He made exactly four documented trips to West Denver and never wintered his animals anywhere but Connecticut and Florida (I can't see intentionally wintering anything in Connecticut or Colorado - skiing, yes, African animals....?)

Anyway, Helen Barnum, P.T.s daughter did move to the area that would become the Barnum neighborhood with her second husband, financier William Buchtel, who moved to Colorado to treat his tuberculosis. P.T. Barnum ended up selling some of his Colorado land to his daughter for a dollar. 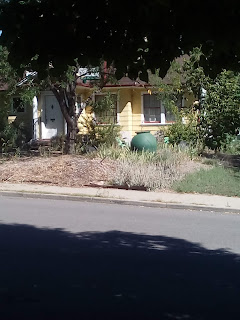 The Savio House, now a landmark, was established as an orphanage for wayward boys in the 1950s. 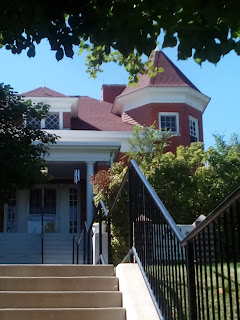 You can learn a lot more about the Barnum Neighborhood from this website by the Denver Public Library.

The Denver Public Library and it's branches are vital as historical archives for the Denver neighborhoods.

My tour over, I walked back to the bus stop on Alameda, returned to Alameda Station, and took the light rail back to University Station and home.

On my latest station-to-station hike,10/12/18, I had planned to stop at the Museo de las Americas in the Art District and revisit a Mexican market in the Barnum neighborhood.

The Museo de las Americas presents exhibitions by local Hispanic artists. On the day of my visit, they were showing El Infinito, pictures of the cosmos through ancient Aztec and modern eyes. Contributors included NASA, Logkheed Martin Space System Company, the Denver Museum of Nature and Science, and Miguel Angel Sanchez Moreiro, who presented reproductions of the Codex Borgia. I learned why I could not find an English translation of the Codex Borgia. It's owned by the Vatican. (sigh). 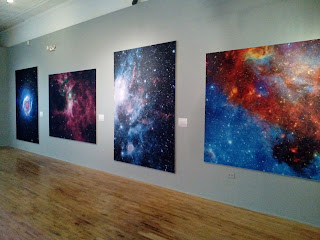 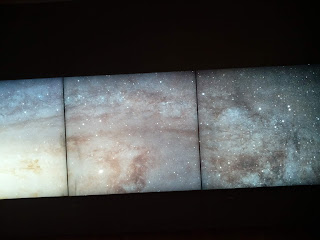 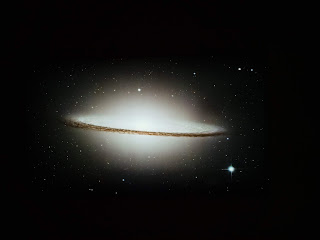 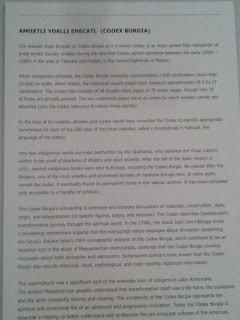 You can find out more about the Museo here:

After completing my station-to-station hike, I took a bus back to Knox Court and 1st Avenue in the Barnum neighborhood to visit the small Mi Pueblo Market - small but packed with interesting ethnic groceries, and there's a cafeteria style restaurant there which was also packed (obviously popular). I bought some candy and spices I had not seen in my local grocery stores. 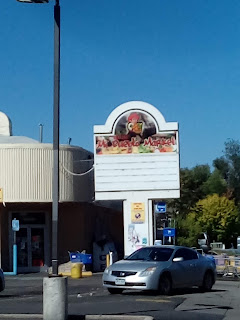 
Is your local library a repository of facts about your community?

Posted by Wolf VanZandt at 1:11 PM