Thank goodness the weather is shifting. I am quite worn out with the brutality of summer. (I don't begrudge the summer people out there but I'm ready for something I can hike in.)

After some route changes by the Regional Transportation District in Denver, my home station has shifted to University station, which is about two and a half kilometers from home. I have the option of taking the bus from across the street or walking. My preference is the bus since I enjoy connecting with my neighbors, but this time I decide to walk because I am getting far too close to 200 pounds, the point that I start really feeling overweight.

Most of the trains that run through University Station also stop at Osage Station - my starting point. Here is a shot of the station. 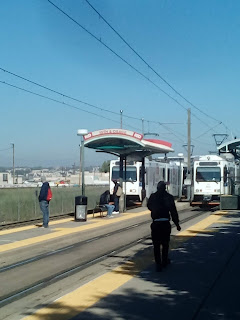 I have been following the Platte River since Mineral Station, but the river and the light rail (and Santa Fe Drive) diverge around Alameda Station, and I decided to follow Santa Fe from Osage to Alameda. This stretch of street is called the "Arts District", a name that promised some interesting variation from my usual urban walk.

Facing the station is the oldest restaurant in Denver, which displays the first liquor license awarded in Denver. It has been in operation since 1893 and is a National Landmark. A combination of restaurant and western museum, this is one of those pricey places that is worth the cost. At the beginning of the hike, I did not want a heavy meal, so I opted for a seafood soup and a slice of Cheesecake (for the carbohydrates, y'know). The massive collection of taxidermied animal heads and photographed celebrities (Does anyone know who Fess Parker is anymore - don't tell me? Your answer might hurt.) watched me eat. There was a two headed goat directly over me.

The history of the place is quite interesting and you can read about it here: 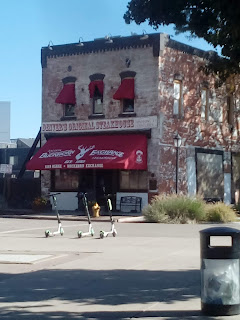 And, of course (this is Denver) there is a mural on the wall. 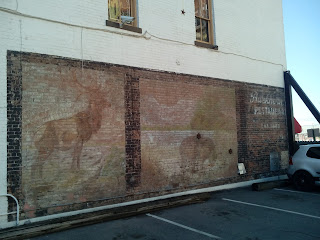 The surrounding neighborhood is contrasting modernity to the antique interiors. 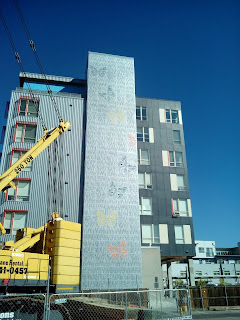 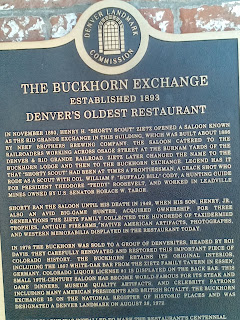 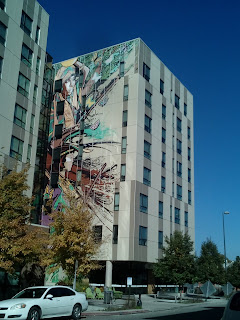 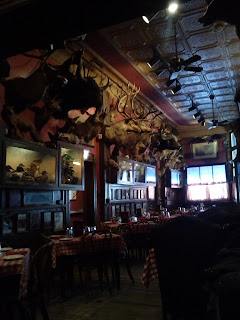 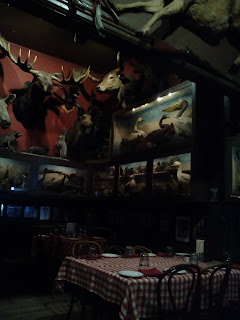 Santa Fe in this area looks like a typical city street, but many of the store fronts are actually art museums and galleries. I'm not focusing on art now and it would take a while to stop into every one of them, so I just visited the Museo de las Americas, a museum of Latin American art 8th and 9th Avenues. You can read more about my visit in "A trip to Latin America". 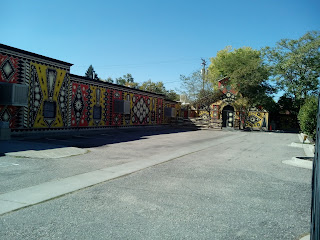 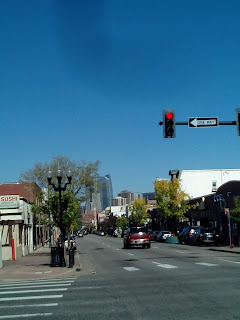 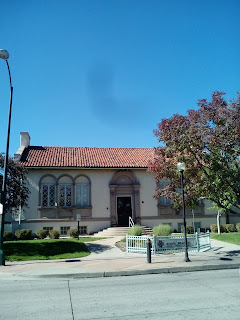 I also checked out the Denver Arts Society, a gallery, museum, and advocate for local, contemporary, Denver artists. I learned that many artists are moving out of the district due to high rental prices. It turns out that "property value" is not only inimical to human life, it's rather antithetical to culture, also.

I also learned that the time to visit the Art District is the first Friday of each month, the day they "pull out all the stops." You can keep track of the events here:

The southern end of the hike carried me through a short industrial area back to the familiar Alameda Station. A brief bus ride to Knox Court completed my "trip to Latin America," a market that I spotted on my earlier tour of the Barnum neighborhood. I was not disappointed by the ethnic products and cafeteria style restaurant.

Returning to Alameda Station, I took some photos of a sculpture group that I had missed earlier. 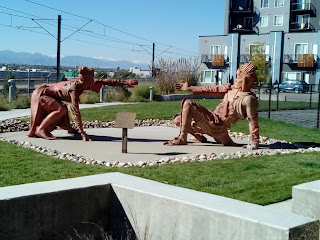 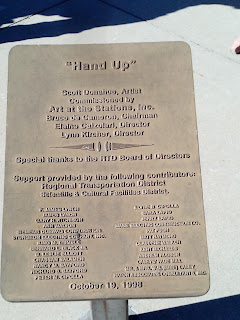 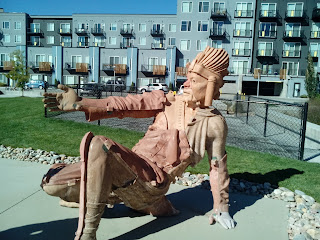 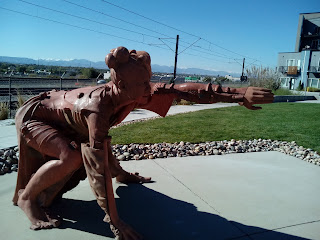 This odd Aztec-ish looking ensemble tweaked my curiosity. Scott Donahue, the creator, said that the sculpture was about "history and multi-cultural issues". There is some information on this grouping here:

A few final shots of the Rockies from Alameda Station (I never tire of the view), and back home I go. 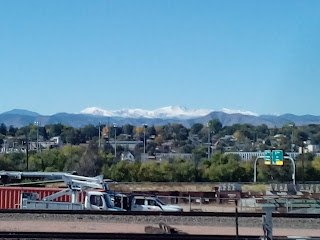 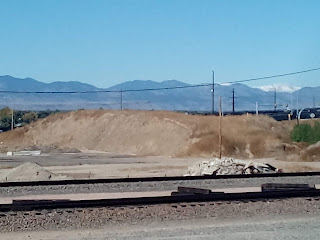 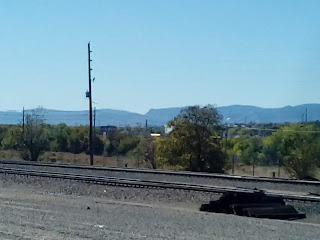 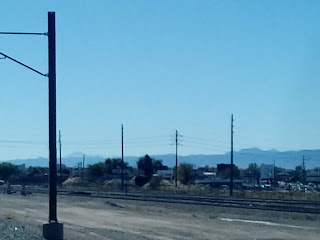 Where does art fit into your neighborhood? How did it get there (were there public works programs that funded them?) How do people in your area respond to them?

Restaurants and other businesses in your community have their own histories, often very interesting. Don't dismiss them as mundane and ignorable.