July 9, I hiked from Englewood Station to Evans Station, not a long hike, maybe a couple of miles, and not particularly picturesque. This leg of the light rail is through an industrial area. Mary Carter Greenway is a ribbon of green through grays and browns, metal and brick.

The South Platte is wide here but shallow. I could probably wade across. I have seen it during spring thaw when it could (and will) sweep cars off the road. I've seen two cars in the South Platte in this area. 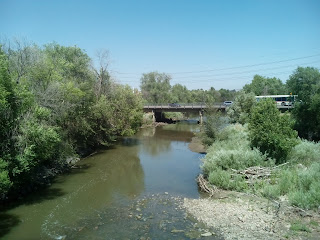 There are several industries in this area and, when I begin looking at Dewey Decimal 600 (Applied Sciences). I will certainly be coming back to this area. 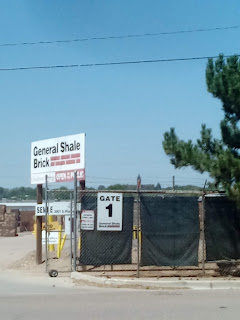 Southwest Generation Arapahoe Power Plant is here. It is a 125 megawatt, gas fired with eight generators. It looks like it would make an interesting tour. 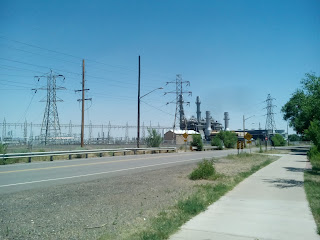 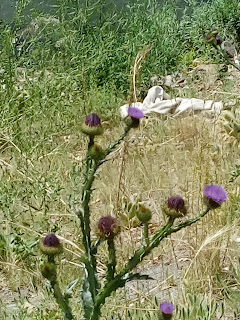 There are 15 native and 5 non-native thistles common in Colorado and despite their reputation as prickly weeds, they sport beautiful blooms. You can find a guide book at: 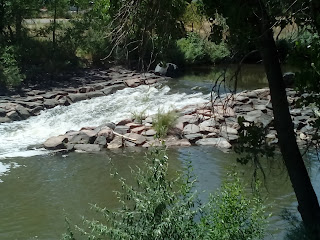 Floods and erosion have been inconvenient realities for Denver since it's founding. The normally tame South Platte can get quite vicious during the spring thaw, and dams and sluices like this one are now common along the stream.

I've had photos of the eastern section of Harvard Gulch before on this blog. It collects rain runoff from the valley slope and deposits it into the river here. 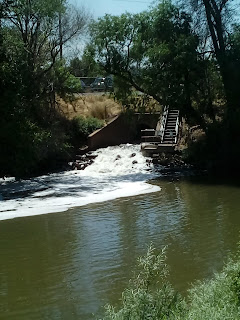 A trail runs along the canal, paralleling Yale from near Colorado Boulevard down to Rosedale, where it disappears underground near Broadway.

At Evans Avenue, the Platte River trail passes through a long park called "Grant Frontier Park". This area was a short lived town - Montana City - which served as pastureland and a city dump for what would become Denver. Established in 1858 during the gold rush, it was the first pioneer settlement in the area. Here are some pictures of the park. 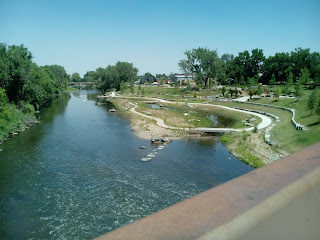 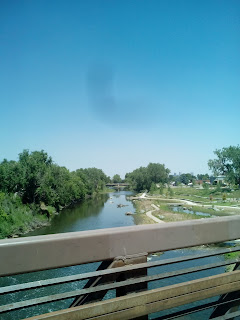 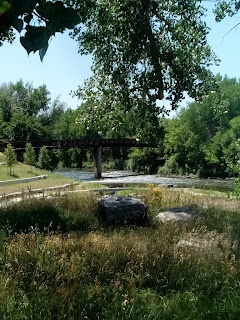 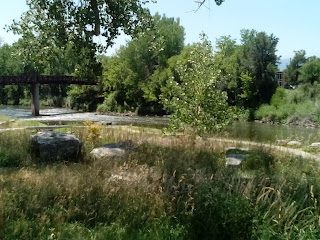 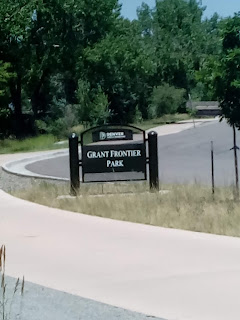 After leaving Mary Carter Greenway, I am obliged to walk a short distance up the valley rim to Evans Station, which is nestled under the Evans Avenue overpass. 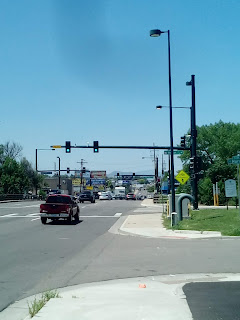 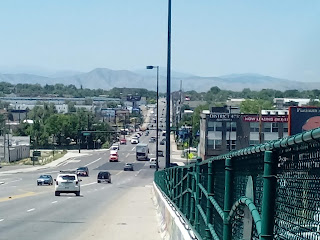 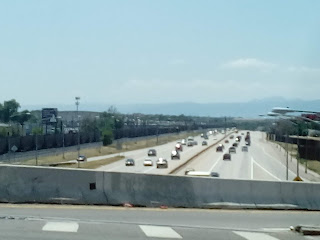 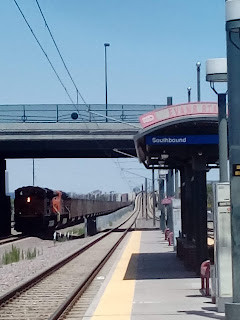 I didn't see any food places, so I took the light rail back to Englewood and, surviving 90+ temperatures, I was ready for an Italian soda at Nixon's Coffee Shop in the Englewood Arts District. It's a friendly place to cool off in the summer and warm up in the winter.

After some errands at the local shopping area, I boarded the Yale bus for home.


All of the United States were, at some time in the past, frontier. Do you have any memorials near you that commemorate the first settlers in your area?

Industries provide some exciting adventure opportunities. They often offer tours for groups and, sometimes, individuals can visit their plants.

Posted by Wolf VanZandt at 1:10 AM