Flatirons Crossing is a shopping district in the town of Superior, Colorado. I have been there several times when I lived in nearby Broomfield and a House brother works in Superior so, planning for my endurance hike, and needing to get back in shape after the hot summer, which is my off season for hiking, I decided to take a long hike in the high plains between Superior and the Flatirons. 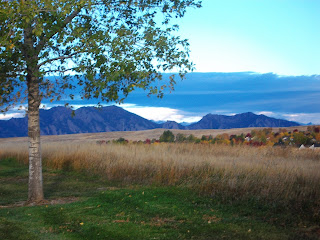 The Coalton Trail is a nice, broad, dirt trail. The most demanding part is the grade up Davidson Mesa. Once on top, it's pretty flat all the way to highway 128. The primary draw through most of the year is the view of the Flatirons, a steeply folded series of dark sedimentary rocks that loom over Boulder, Colorado. The flat, platelike shapes give them their name. In the spring, I'm told, this area is a great hike for looking at wildflowers. The Coalton Trail ends at the Boulder Alternative Energy Research station at Rocky Flats, the site of a controversial weapons grade fissionable materials factory in the last half of the 20th Century. I carried a dosimeter along but it didn't twitch. Evidently, they did a good job cleaning it up. 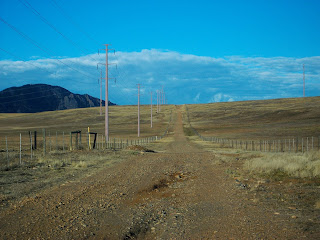 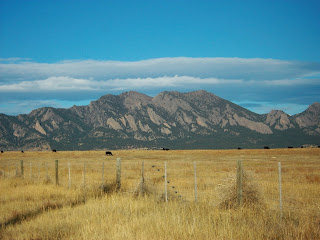 A short road walk brought me to the Flatirons Vista trailhead. It is similar to, but a little hillier than the Coalton Trail and it leads to a great overview of the southern end of the Flatirons and the Eldorado Canyon area. 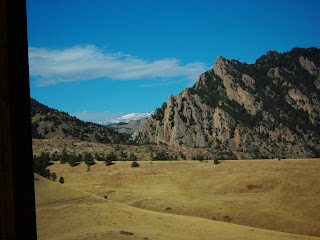 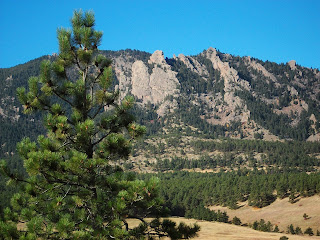 On the way back, I decided to take an alternate path, instead of the road walk. That was a big mistake. The High Plains trail, in the first place, isn't a trail - it's a rut that winds crazily through cow pastures. It is very narrow, deep and has a curved bed that destroyed my hiking shoes. This same model of shoes lasted me for five years of regular walking and extreme hiking and a new pair is gone in less than half a year. The rocks in the rut were like gravel you might find in a terminal moraine of a glacier. About half way back to the Coalton trail, I gave up and took a farm road back to the less demanding, ankle pounding asphalt of highway 128.

A friendly biker evidently thought that I looked like I wouldn't make it back to Superior, so he gave me a lift back to the other end of the Coalton Trail. While I was recuperating, I had a conversation with a lady who was preparing for an Ironman Triathlon and I was gratified to note that she evaluated the High Plains Trail as "brutal". That made me feel much less like a whiner.

Anyway, I got my money's worth. The hike was great, except for the terminal moraine and I feel ready to stand up to a hike out to Waterton Canyon.

Posted by Wolf VanZandt at 6:58 PM