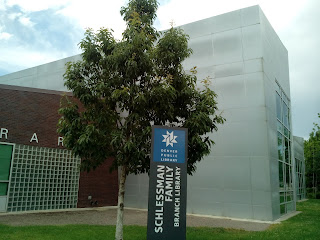 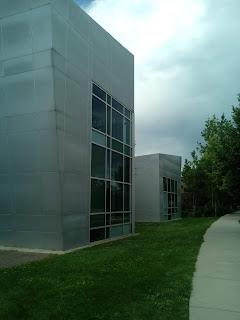 I have volunteered as a conversation partner for exchange students so I figured the Spanish conversation group, Habla Ya!, presented every week (currently on Tuesdays from 4:00 to 5:00), would be a perfect opportunity to learn what the students feel. Sure enough, it was interesting and profoundly tense. The conversation group is well moderated and everyone was friendly, but after 6 months of study, my Spanish is not nearly conversational.

This would be a great tool for my Spanish studies but it would require two buses, 45 minutes and a trip ticket each way and that's a little too much for a weekly activity.

The Denver Public Library system has other aids for picking up new languages. For instance, the library website provides access to Mango Languages, a learning resource for over 70 languages. The courses are taught entirely in the user's own language, and it provides learning through foreign films.

There are also a variety of popular series such as Pimsleur, Living Language, and Berlitz, and, of course, there are books (it is a library), eBooks, DVDs, and eAudiobooks.

As for Schlessman Family Branch Library, it's in a residential area. The bus stop across the street is an artistic production called Flight Ride 7, created by Erick Johnson in 2002 as part of the Flight Ride series in the Lowry neighborhood. 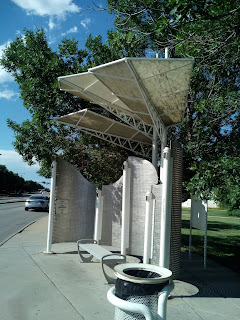