There is a lot of Asian influence in Denver. I've visited the little Buddhist temple on Estes Street near Bear Creek and the Domo Japanese Restaurant between Auraria West station and 10th Street and Osage Station. I plan to check out Sakura Square when I visit the Union Station area early next year.

Many of the Vietnamese refuges, after the Vietnam War settled around Denver and, after the release of Japanese-Americans from internment camps, Governor Ralph Carr welcomed them to settle in Colorado. There are neighborhoods in Denver that have a decidedly Asian flavor. Some of the local branches of the Denver Public Library, like the Bear Creek Branch, have significant holdings in the Vietnamese language.

I took a trip Tuesday down Alameda to the area on Federal called "Little Saigon". 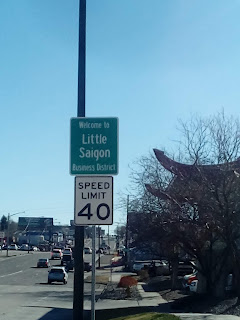 I walked through the Denver University campus to University Station. I'm almost at 200 pounds and I'm avoiding bus rides as much as I can and the campus in always nice for a visit. A short train ride to Alameda Station and a bus ride to Bryant Street brought me to the Denver Buddhist Cultural Society. When I was planning my trip, I looked around the neighborhood and noticed this building across the street... 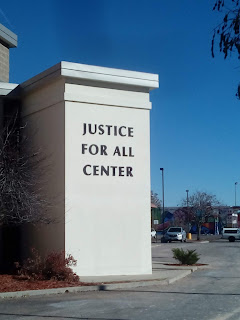 It looked interesting so I decided to check it out. It's a large building with many legal organizations, pretty much independent of each other. Whereas it did look like it would be a useful place for someone looking for legal assistance, I would have had to knock on every door in the building to get an idea of what goes on there. If you need legal assistance, I would advise checking them out on the Internet before visiting.

So, to the cultural center... 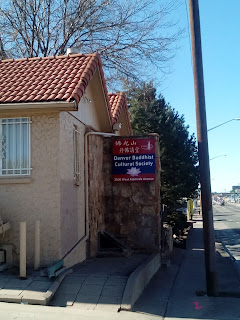 ...which was closed and posted, so I didn't learn much there.

So, on to Federal Boulevard. I had told Coryn that I would make a side trip to the Mi Pueblo Market on Knox Court. On the way I met a couple of nice ladies trying to ride herd on a covey of small pooches who were spreading out in all directions. I helped them get the dogs together and continued to the market. On the way back to Federal, I spotted this mural on the Casa Resource Center building on Alameda. 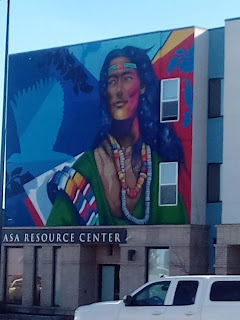 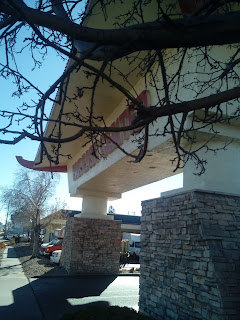 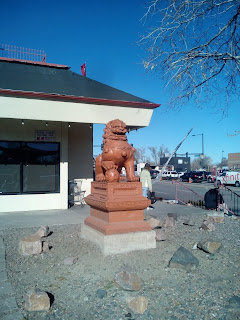 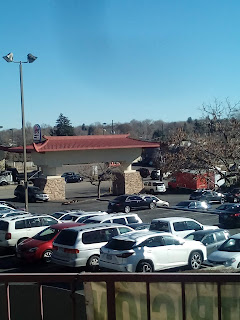 [From the upper level]

The Far East Center is a shopping area in Little Saigon that has markets, gift stores, restaurants, jewelry stores, beauty shops, and other businesses. I visited the Truong An Far East Asian Gifts for a little shopping. The folks there were friendly and didn't mind talking. The shop is packed with all kinds of food items, clothes, and knickknacks. With my backpack, I felt like a very dangerous bull in a China shop. I managed to look around and get out without damaging anything.

Then I walked across to the China Jade Restaurant for a tasty plate of steamed dumplings. I've eaten here before with my family and have found their excellent reputation for dim sum to be completely deserved.

I have also visited the Little Saigon Supermarket next door. If you can figure out what you're looking at, this is a great place for finding exotic food items.

After what turned out to be a shopping expedition, I caught a bus back to Alameda Station, a train back to University Station, and a bus home.

Much Asian architecture in the United States has a pagoda look to it. Are there any Asian-style structures in your area? Even the small southern town of Selma, Alabama had seven Chinese Restaurants during the twenty years I lived there.

Japanese gardens have a minimalist style emphasizing rock, water, and sky. Are there any Asian gardens near you? Can you figure out the symbolism embodied in the landscaping before you research it?
Posted by Wolf VanZandt at 2:14 PM